Located 15 km from Patras, Nafpaktos, which maintains its picturesqueness, is an easy and enjoyable destination for beauty, serenity, harmony, good food and a perfect place for entertainment. Its attractions include the castle on top of the pine-clad hill, the old town with its cobblestone streets, the imposing clock, the Papaharalampeios Library, the Farmakis collection with relics of the Greek Revolution of 1821 and the small Venetian harbour, surrounded by walls and flooded in the summer by many exquisite yachts. With a history of over 30 centuries, Nafpaktos has experienced many historic moments, crucial for the progress of the Greek nation, of Christianity and of European culture, culminating in the historic Battle of Lepanto in 1571, which halted the offensive of the Muslims in their effort to conquest Europe, which would have changed the course of history in an unimaginable way.

In mountainous Nafpaktos, visitors can visit villages with wonderful landscapes, such as Elatou, Ano Chora etc. and enjoy rafting in River Evinos. 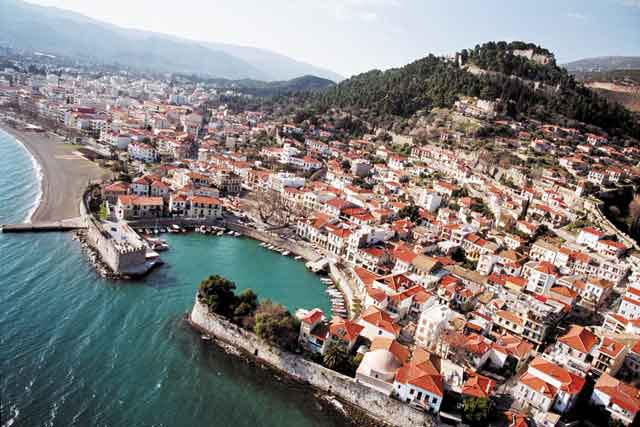 Noble, picturesque and proud, the historic Galaxidi – the maritime city that boasts 4,000 years of history, culminating in the fight for freedom in 1821 – stands to the west of the Crisaean Gulf. Over the centuries, it has suffered many raids, but resisted the invaders and today it is one of the top resorts in Greece. Its many sights include the church of St. Nicholas with its beautiful, unique wooden temple, the ruins of the walls of the ancient city, etc. and tombs of the classical period in Kalafati. You can visit the Maritime and Archaeological Museum, the Folklore Museum, the church of Agia Paraskevi with its sundial, etc. 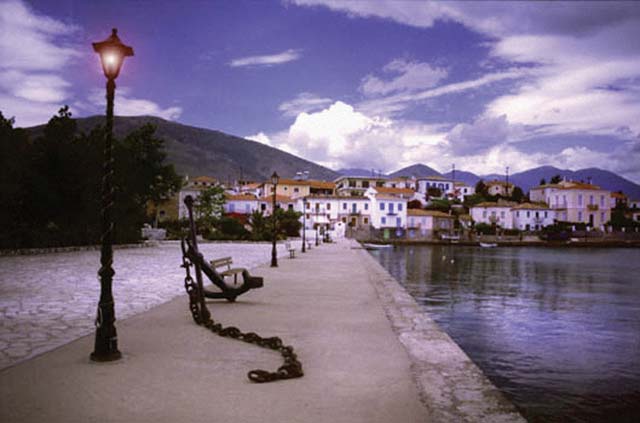 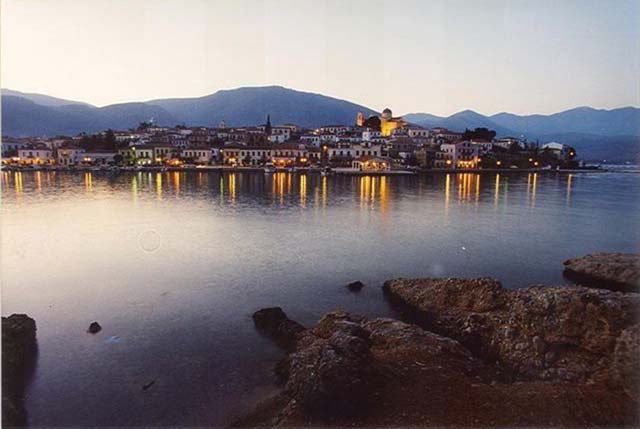 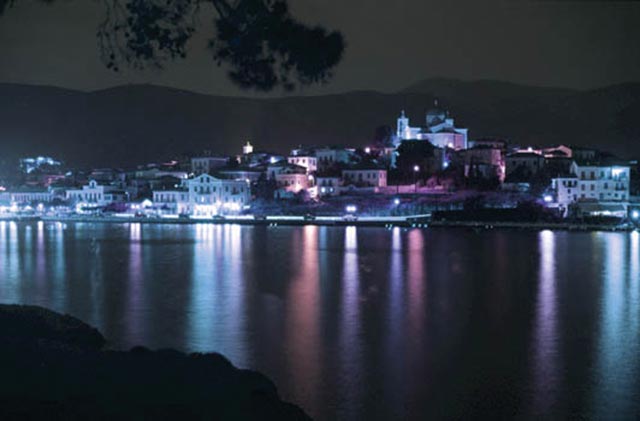 Nea Plevrona, 8km from Mesolongi, was built immediately after 235/4 B.C., when Demetrius II Aetolicus destroyed Palea (Old) Plevrona, located to the south by the low hills. The location of the new city ruins is prevailing on the surrounding valley, and the lagoon of Mesolongi, a fact suggestive of its significance as strategic point in antiquity.

Nea Plevrona is one of the most typical examples of the fortification technique of the Hellenistic period in the area and in Western Greece in general. The strong walls of the city are 2km long and 2-2,20m wide. It includes eight gates and thirty-six rectangular towers, approx. 5X5m.

The most typical monuments of the ancient city is the theatre, with the 16 rows of seats, the agora where the foundations of an arcade and a multitude of statues bases are preserved, the impressively large tank, carved on the rock, with dimensions 33Χ22m. and ruins of the settlement with building foundations and cobbled streets. 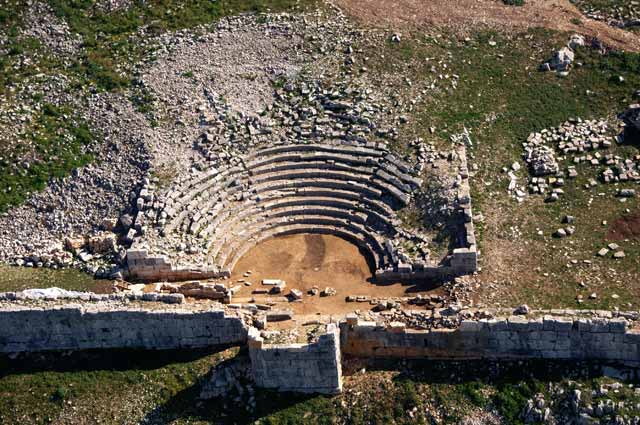 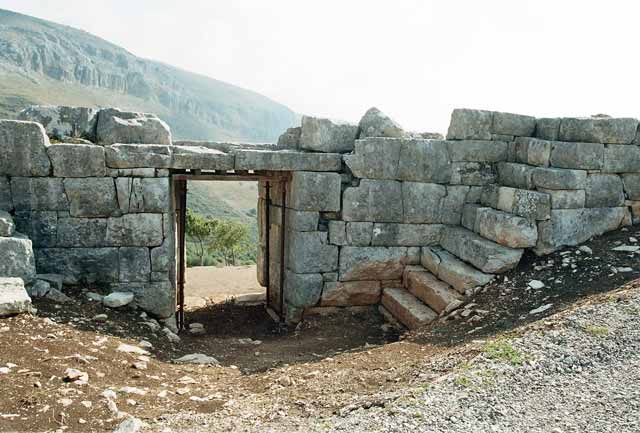 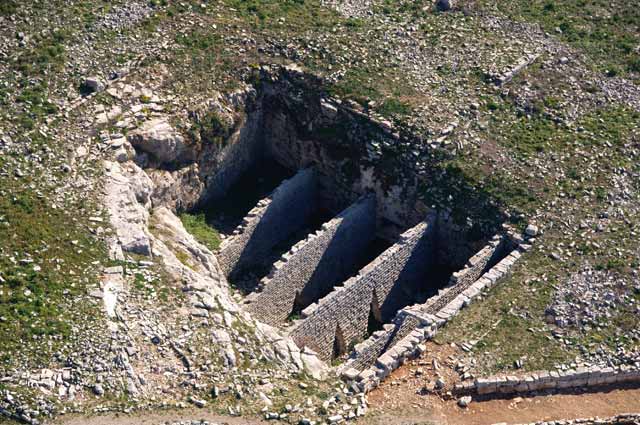 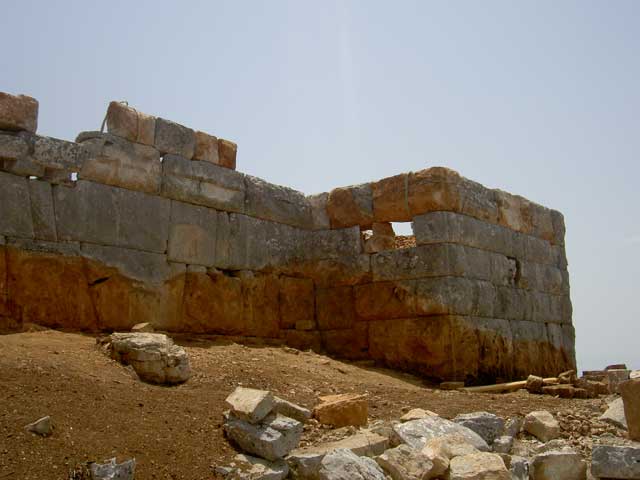 Corinth, the renowned city of trade, the ancient ruler of the seas, owes it prosperity to its geographical position, at the crossroads of land and seaways. It based its economy on the exploitation of 2 seas (the Aegean and the Ionian) and its relations with the commercial centres of the East and the West.

At the port of Lechaio, which was also a military naval station, Ameinocles was the first to built the triremes in the 7th century B.C., the admirable war ship that gave navigation supremacy to Greeks and dominated the Mediterranean for almost 1000 years.

Wealthy Corinth was one of the first Greek cities to colonise South Italy and South France and taught the cultivation of olive and vine.

The Acropolis of Ancient Corinth was fortified in the 7th century B.C. and was occupied by the Romans, the Franks, the Knights of Malta, the Venetians and the Turks, due to its strategic position.

The port of Kechries, in the gulf of Saronikos, was the connecting link of Ancient Corinth with the islands of the Aegean and the people of the East.

The cobbled street, the “diolkos” built by the Corinthians to “glide” the ships from the Corinthian Gulf to that of Saronikos and vice versa, was not in a straight line and that is why its length was over 6km, as long as the Isthmus. The ancient tracks where the wheeled vehicle carrying the ships was moving can still be seen on parts of that street that were excavated near the 2 banks of the canal. 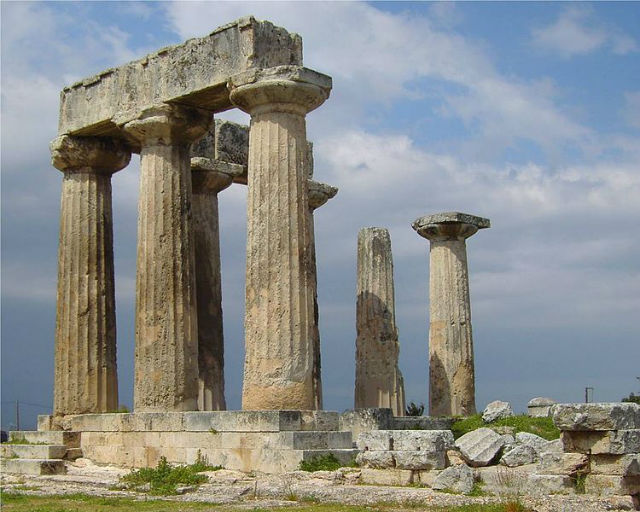