The monuments of the Greek Orthodox located in the prefecture of Achaia, are an integral part of the national heritage and valuable tourist attraction. The Byzantine and post-Byzantine churches, the majestic churches, the chapels, the monasteries with their remarkable iconography, mosaics, religious paintings and frescoes, witness the intense dedication to traditions as well as the long and close connection between art and religious worship. 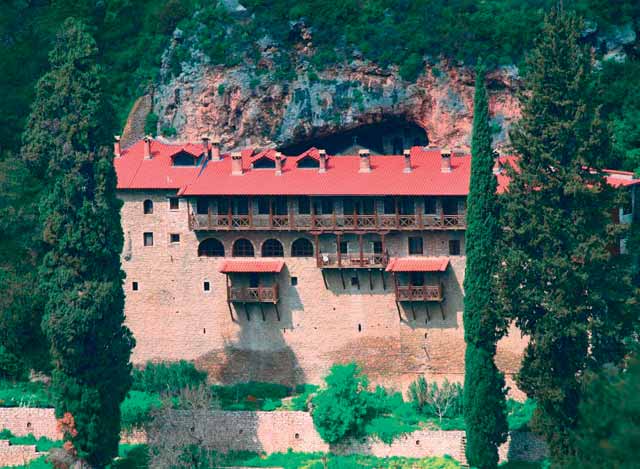 In the place where the Apostle Andrew was crucified (66 A.D.), there are two imposing churches celebrating the Protokletos (First-called). The new magnificent Byzantine style church was founded in 1908 and inaugurated in 1974. It is the largest and most artistic church in the Balkans and one of the largest in Europe, with a capacity of at least 5,500 people. The old church was built between 1836 and 1843 in the place where the Apostle Andrew martyred. To the front and right of the church, near the Altar, lies the marble tomb of the Apostle. Next to the old church is the well of St. Andrew. A source dedicated to the ancient goddess Demeter, which functioned as an Oracle only for the sick, used to exist at this location. St. Andrew taught at exactly the same spot. According to tradition, he was crucified next to this source.

Andrew the Apostle, before ending up in Patras, toured Russia and many countries of Eastern Europe, and as a result, orthodox churches deem him as their founder.

The First-Called apostle of the Lord is particularly honoured in Scotland, as tradition has it that the ship carrying its relics, sank near its coast, and this is why Scots were christianised. 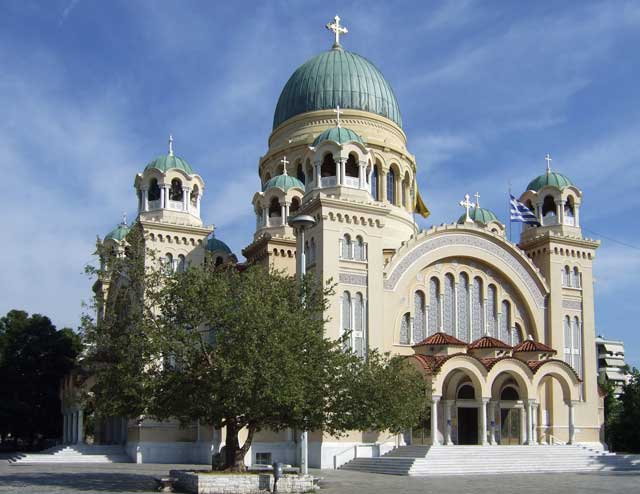 This is one of the oldest and most historic monasteries in Greece, located 11 km from Kalavrita, perched on the west, bald and precipitous slope of Helmos. According to tradition, the founders of the monastery are the Thessalonian monks and brothers Simon and Theodore, who, led by the Virgin Mary and with the help of the shepherdess Euphrosyne, discovered an icon of the Virgin, painted by Luke the Evangelist, in the forbidding cave.

The monastery has a wealth of artefacts, most prominent of which is the icon of the Virgin, painted by Luke the Evangelist. It has a rare banner depicting three Byzantine emperors, a valuable cross with Holy Wood, reliquaries, Gospels on parchment, etc. It also has a library with more than 3,000 volumes and many manuscripts, five of which are decorated with remarkable miniatures. 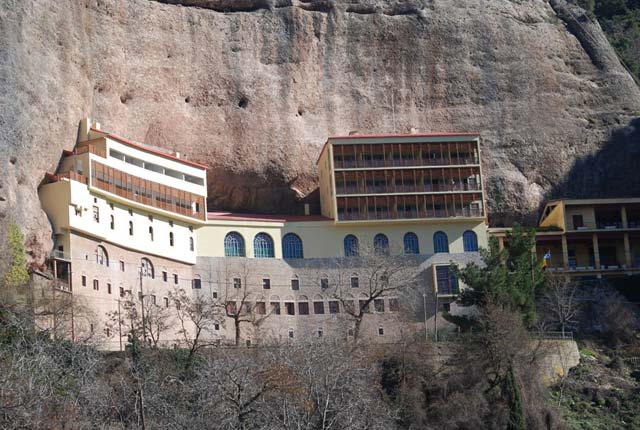 Just six kilometres west of Kalavrita lies the historic monastery of Aghia Lavra, founded in 961 AD. The monastery became the centre of the national revolution of 1821, when Paleon Patron Germanos raised the banner of the revolution and swore the fighters to their cause. Apart from the “Banner of the Revolution,” which depicts the Assumption, made in Smyrna in the late 16th century, the monastery also houses the skull of St. Alexios, which was donated to the monastery by the Byzantine Emperor Manuel Comnenus in 1359.

Furthermore, the Monastery has many other relics, shrines of saints, two Gospels manuscripts on velum, one from the 11th and the other from the 14th century etc. 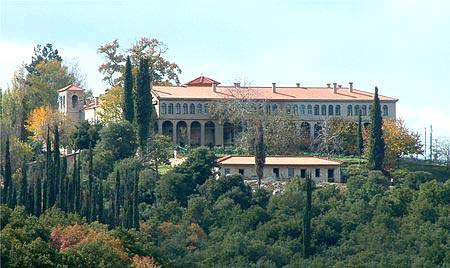 Patron of the city. One of the finest and most original religious monuments of Greece, Panagia Tripiti, is located at the beach of Aigio, built on a 30m high steep rock, in a Cave (hole).

Tradition states that in 1550 A.D., a castaway looking for land saw a light in a hole of the 30m. high rock, and as he came closer found an icon of Virgin Mary (Panagia). The hole (tripa) of the rock, gave the name “tripiti”. No source on the identity of the iconographer survives to this day. The castaway became the first monk of the monastery. The church was built in its modern form in the 19th century. 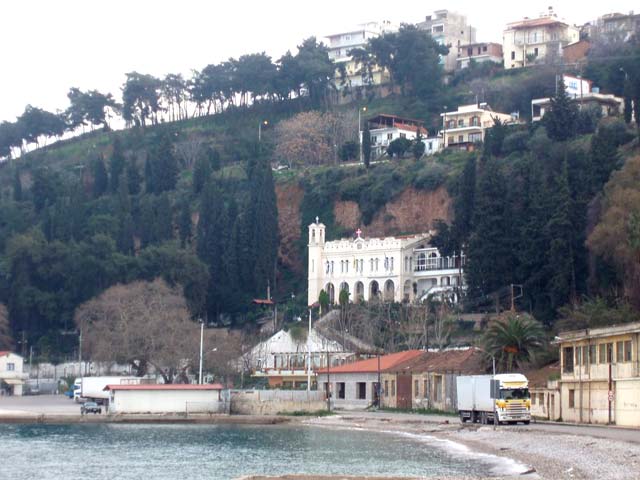 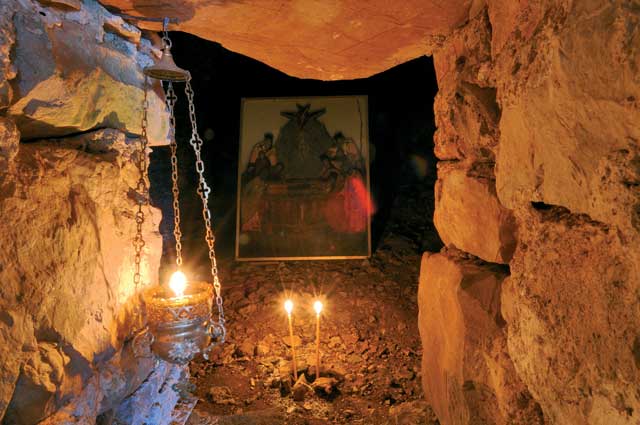 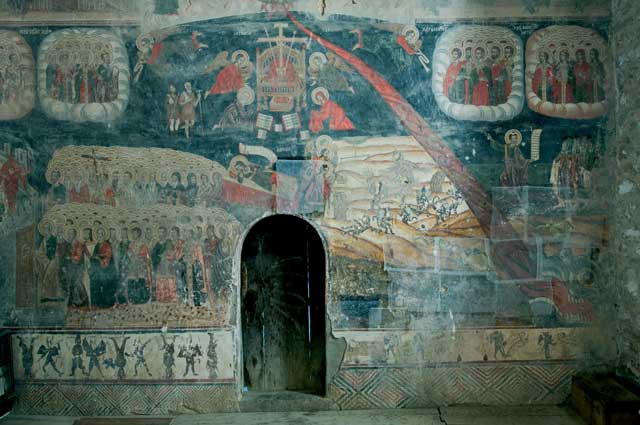 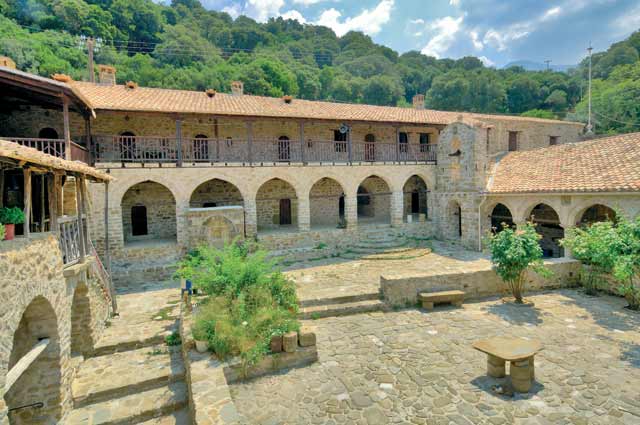 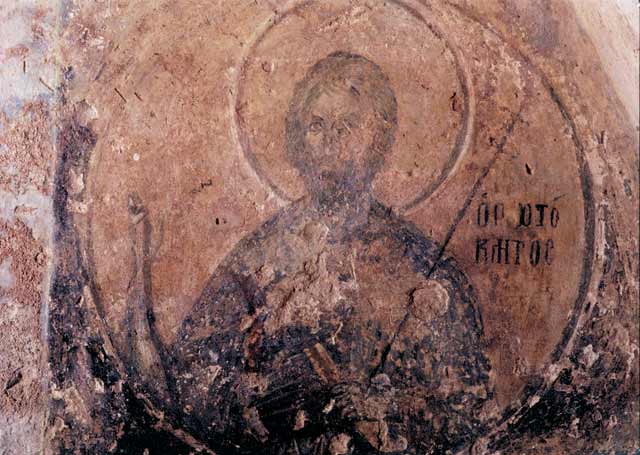