Ancient Olympia is the birthplace of the Olympic Games and the sacred place of Zeus. On a visit to the archaeological site and the museum of Ancient Olympia, you can walk around one of the most important sanctuaries of ancient Greece. Ancient Olympia is located in Elis, at the foot of the Cronios Hill and invites you to take part in the history of Greece. According to one version, Zeus fought here with his father, Cronus, and eventually overthrew him, taking the throne of the gods. In memory of his victory, Zeus created the Olympic Games.

According to legend, the first Olympics were held in 776 BC. The winners did not receive money, but enjoyed great respect. The prize was an olive wreath from the sacred tree of Zeus and winners could erect a statue in honour of their victory. The important buildings in ancient Olympia include the Roman portico, the Prytaneion, the Philippeion, the Iraio where the Hermes of Praxiteles was found, etc. The stadium seated 40,000 spectators and its perimeter was equivalent to 600 steps of Hercules. Beside this stands the majestic temple of Zeus, one of the country’s greatest largest in wealth, size and symbolic value. This housed the gold and ivory statue of Zeus, who was depicted seated on his throne.

The Archaeological Museum of Olympia is one of the most important in Greece. It presents the development of one of the finest temples of antiquity through time, and includes a permanent exhibition of artefacts from excavations in the sacred precinct of Altis, which date from prehistoric times to the early Christian period. Of the overall exhibits of inestimable value, the most important is the exhibition of sculptures, for which the museum is mainly known and its collection of bronze objects, the richest in the world, consisting of weapons, figurines and other objects. 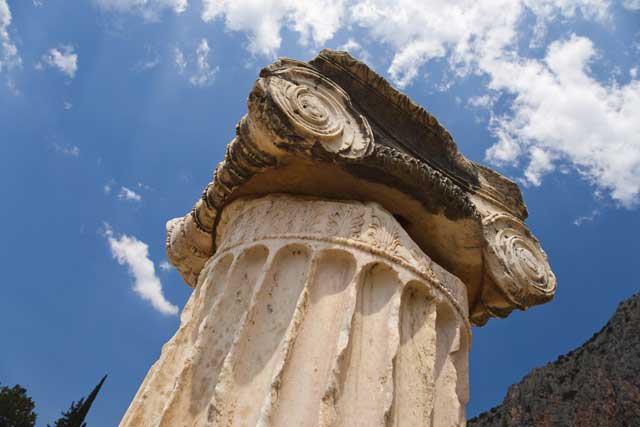 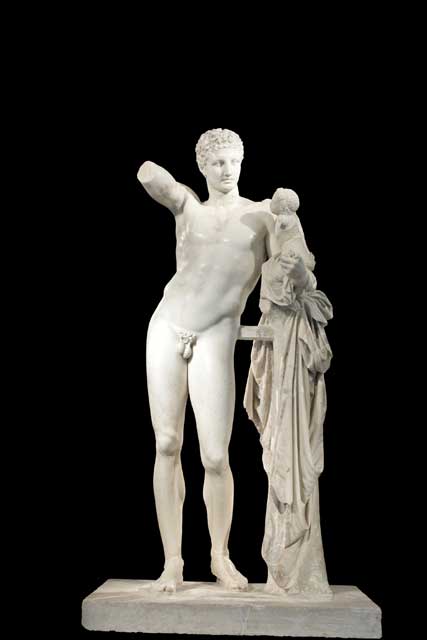 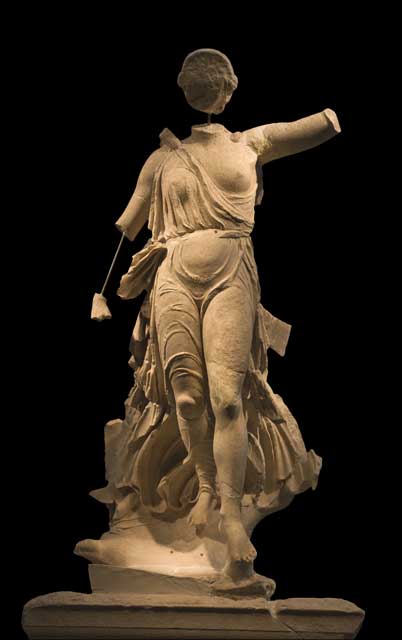 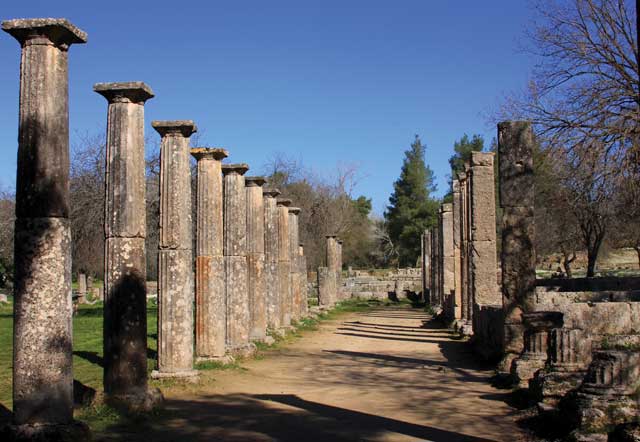 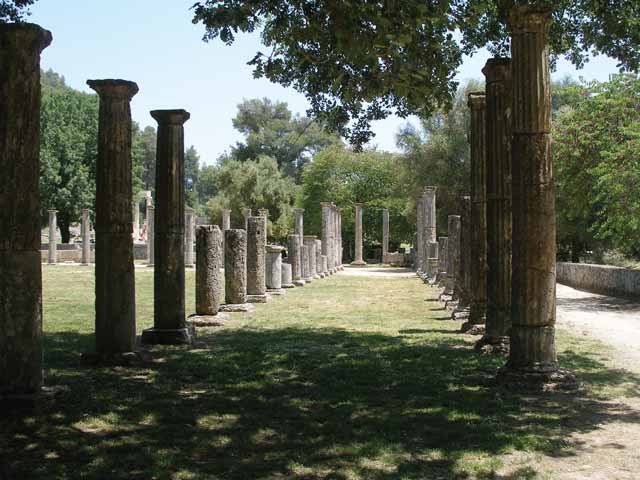 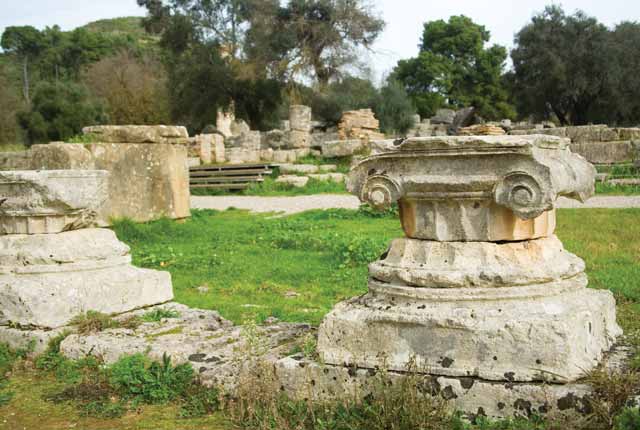 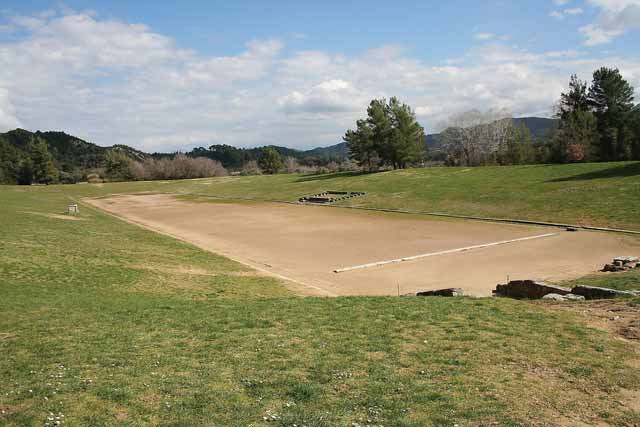 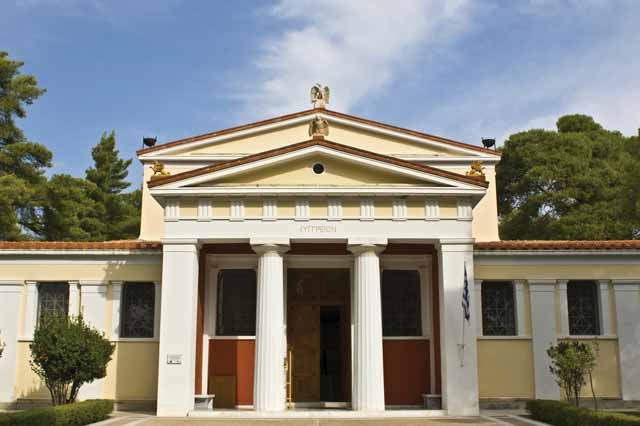 At the foot of Mount Parnassus, in the fascinating landscape formed between two rocks, the Phaedriades, stands the Pan-Hellenic sanctuary of Delphi, the most famous oracle of ancient Greece. Delphi was the navel of the earth, where, according to legend, the two eagles sent by Zeus from the ends of the universe to find the centre of the world met; for centuries, it was the cultural and religious centre and the symbol of unity of the ancient Greek civilisation.

The oldest finds in the area of Delphi date to the Neolithic period (4000 BC). A Mycenaean settlement and cemetery have been found within the borders of the temple.

The period from the 6th to the 4th century BC coincides with the heyday of the Delphic oracle. Its oracles, which were considered the most reliable, were given by Pythia, priestess of the oracle, and interpreted by the priests of Apollo. Cities, rulers and laymen alike gathered to consulted the gods and expressed their gratitude with great offerings, which gradually flooded the temple. The fame of the oracle spread all over the world; its first days are lost in the mists of antiquity and myth.

The Archaeological Museum of Delphi is one of the most important in Greece. Its rich collections include architectural sculptures, statues and miniature works, offerings of devotees to the temple, which reflect its religious, political and artistic activity throughout history, from the foundation of the temple of Apollo in the 8th century BC to its decline in late antiquity. 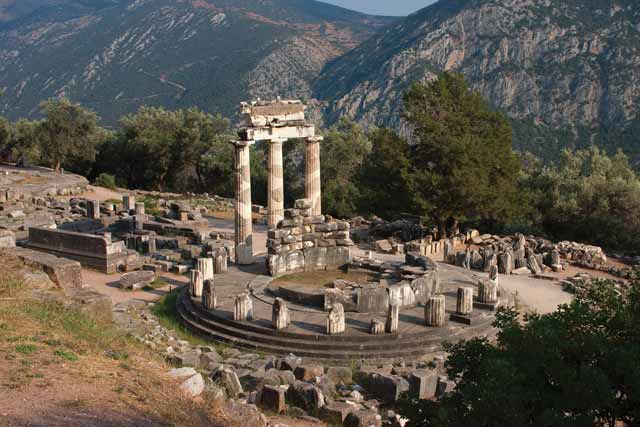 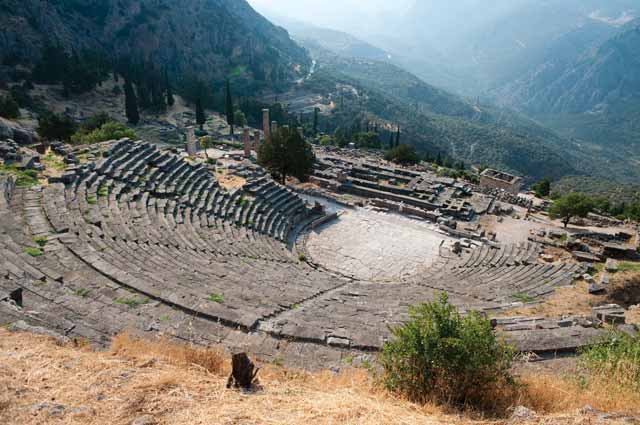 The ancient theatre of Epidaurus, deemed as the most perfect ancient Greek theatre, as regards acoustics and aesthetics. It is situated in the area of Asclepeion of Epidaurus, on a slope of mount Kynortio, very close to the town of Lygourio.
The ancient theatre was built in 340-330 b.C. by the architect from Argos, Polykleitos the Younger, according to Pausanias. The theatre was built for entertaining the patients of Asclepeion and as a means of cure, as it was believed that watching theatre was beneficial for the mental and physical health of patients. The ancient theatre had a capacity of 15,000 viewers. It is divided in two sections (diazoma): the upper diazoma of 21 rows for the people and the bottom diazoma of 34 rows for the priests and officials. The theatre is built of limestone, which has the quality of absorbing sound just like the human body.

Asclepios Sanctuary
In a valley full of pines, over the ancient port of Epidaurus, the ruins of the greatest sanctuary of Asclepios, god of Health, were revealed; the sanctuary flourished in the late 5th and the 4th century. It was built by architect Theodotos, probably in 380-375 B.C. Only the foundations are preserved from the peripteros temple with the Doric columns, the glorious gold and ivory statue of Asclepios, mentioned by Pausanias, and the magnificent sculptures on the pediments, while parts of the sculptures are kept in the museum.

In the surrounding archaeological site one will find a multitude of monuments, such as the temple of Apollo Maleata of the 4th century B.C., the Gymnasion that reminded the palaestra of Olympia, with the big internal court and the colonnades, where the small odeon was built, while nearby are the ruins of the Stoa of Kotyos and the small palaestra.

At the end of the palaestra, the sanctuary begins, where the ruins of the platform of the temple of Themis are found and the foundations of the temple of Artemis, the avaton or enkoimeterion, a hall were patients waited a revelation by Asclepios, and the dome, the “peripheral building” according to Pausanias and most glamorous structure of the sanctuary, built by Polykleitos the Younger. Furthermore, there are ruins of a building complex with arcades, of a Roman bath, and the propylaea that constituted the imposing entrance to the sanctuary, as well as part of the 5th century stadium.